TO YOUR DIET FOROPTIMAL IMMUNE HEALTH! 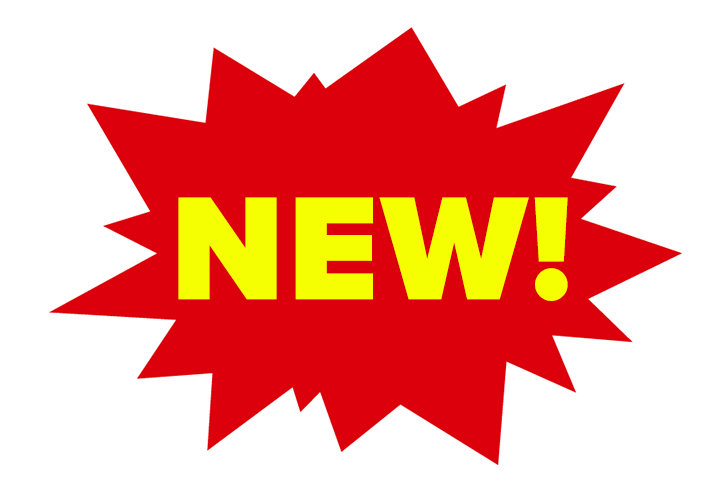 For centuries, the cubeb pepper berry has played a central role in Ayurvedic medicine due to its diverse uses as a spice, cosmetic ingredient and herbal remedy. While this little-known spice never became a culinary staple in the West the same way white or black peppercorns have, the cubeb pepper berry is now growing in popularity, thanks to its exotic flavor and abundance of health-promoting compounds.

Health Ranger Select Cubeb Pepper Berries are naturally rich in hinokinin, a component of spices traditionally used in Ayurvedic medicine to support optimal immune health. Our premium cubeb pepper berries are non-GMO, vegan and certified Kosher. They have not been irradiated, and they contain no solvents, carriers or artificial preservatives. You can also trust that our cubeb pepper berries have undergone thorough lab testing for glyphosate, heavy metals and microbiology. 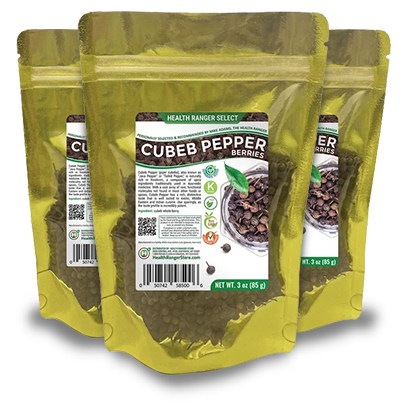 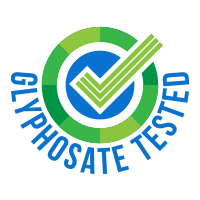 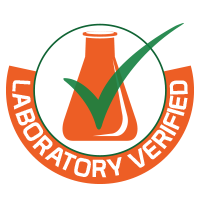 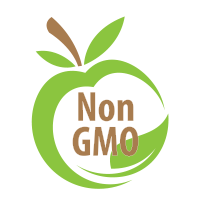 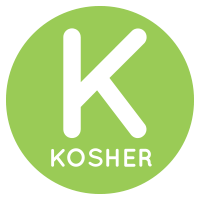 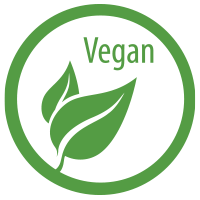 WHAT ARE CUBEB PEPPER BERRIES?

A close relative of black pepper, the cubeb pepper berry is the dried, unripe fruit of the Piper cubeba plant, which is native to Java and other Indonesian islands. It is sometimes known as tailed pepper due to the berry’s pericarp tapering off into a distinctive stubby tail. Upon being harvested, the berries are sun-dried until they take on their characteristic dark, raisin-like appearance.

While it is a member of the pepper family, the cubeb pepper berry is actually a drupe, not a peppercorn. Despite this, it is still used like whole peppercorns as a seasoning in Moroccan, North African, Indonesian and Asian cuisines.

Often described as a cross between allspice and pepper, cubeb pepper berries have a rich, distinctive taste that is well-suited to exotic Middle Eastern and Indian cuisine. They also boast a vast array of rare functional molecules that are not found in most other foods or spices. It should come as no surprise then that cubeb pepper berries have a long history of use as an herbal remedy in both Ayurvedic medicine and traditional Chinese medicine (TCM).

ARE PACKED WITH IMMUNE-SUPPORTING COMPOUNDS**

The cubeb pepper berry is the pepper of choice in Indonesia and Malaysia, likely due to its abundance of immune-supporting bioactive compounds. It is believed that Arab doctors were the first to discover the berry’s health-promoting properties. Cubeb pepper berries contain high levels of hinokinin, a powerful phytonutrient known to support optimal immune function.

The essential oil derived from dried cubeb pepper berries also consists of monoterpenes and sesquiterpenes. These potent compounds possess natural properties that can help combat external threats. Additionally, one of the monoterpenes in cubeb pepper berries is an antioxidant called sabinene. This potent antioxidant can support your immunity by protecting you from oxidative stress and promoting your overall health and well-being. 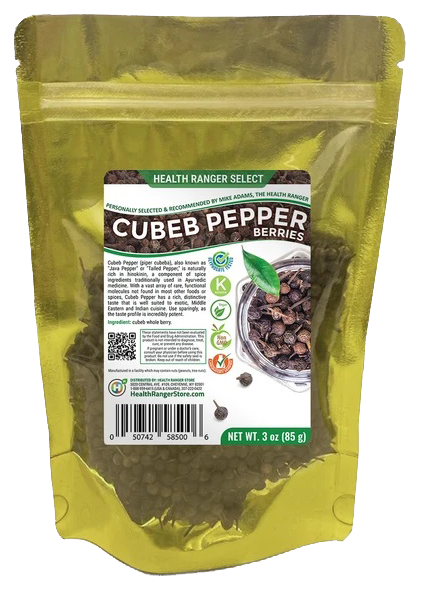 OTHER HEALTH BENEFITS OF

The status of cubeb pepper berries as a medicinal superfood is not without merit, as they provide numerous health benefits.

Cubeb pepper berry tea is known to support the healthy function of your respiratory system.

In India, a paste made of cubeb pepper berries is often used as a mouthwash to support good oral health and hygiene.

ENHANCE ALL YOUR FAVORITE RECIPES WITH

Often described as a cross between allspice and pepper, cubeb pepper berries possess a hot, bitter, aromatic flavor with a hint of citrus. Cubeb pepper berries owe their distinctive flavor profile to a powerful compound known as cubebin.

Spice up your dishes with cubeb pepper berries!

MAKE YOUR OWN HOMEMADE SPICE BLEND!

Give your meat and vegetable dishes an extra flavorful kick with this homemade spice blend recipe.

Keep your spice blend stored in an airtight container. Otherwise, the strength of the spices will fade over time. You can also add your spice blend to baked goods, such as breads and biscuits.

Create your own spice blend today!

SPICE UP YOUR ROUTINE WITH LAB-VERIFIED

Enjoy the complex flavor profile of Health Ranger Select Cubeb Pepper Berries. Our lab-verified cubeb pepper berries are perfect for curries, rice dishes, soups, stews and other recipes. More importantly, they are also packed with beneficial compounds that can support healthy immune function. Health Ranger Select Cubeb Pepper Berries are non-GMO, vegan and certified Kosher. They have not been irradiated and they contain no solvents, carriers or artificial preservatives. Our high-quality cubeb pepper berries have undergone thorough lab testing for glyphosate, heavy metals and microbiology.

If you're not a member yet, sign up now to start earning rewards points!

**These statements have not been evaluated by the FDA. This product is not intended to treat, cure or diagnose any diseases.